Interested in learning about Pyramid's traversal approach for sites with hierarchies? For my Pyramid tutorial in Brazil last October, I wrote a "quick" Traversal Tutorial. I didn't talk too much about it, as it had some typos. I just fixed the wording and also confirmed that it runs under Python 3.4.

This tutorial tries to introduce traversal in some bite-sized chunks with working code:

Summary: Traversal is an alternative to routes for matching URL patterns to web application request handling. I implemented traversal in AngularJS using ui-router.

Web applications accept HTTP requests at a URL, run them through some logic, and return responses. Matching the data in the incoming request to the responsible logic is the job of the application server.

Nearly all modern application servers use the routing pattern for this job. With routes, you write a little pattern for what the URL would look like and what code should be called. If the URL matches the pattern, the matching code is called.

Most people don’t realize that there are alternatives, even alternatives that predate routing. My experience on this predates CGI, and we didn’t even have zeros and ones back then. In 1996 we published work on “object publishing” which became the system known as “traversal”.

In a nutshell, traversal assumes a URL is an object path in your application. “/departments/marketing/launchteam/doc1/delete” is then mapped to a series of nested Python dictionaries, ending with the “delete” operation. The app server takes the URL, breaks it into paths to objects, and uses the information in those objects to dispatch to your code. It is an object-oriented routing system.

AngularJS is a popular JS MVC framework. It, of course, presumes that you will write little URL patterns to specify routes to turn into views. I had an application that didn’t quite fit that mold…particular containers could hold a heterogenous set of things. Putting the object type in the URL? “/section/1/column/2/group/1/report/7/edit”? Kill me now.

I went on a little journey to implement traversal in AngularJS. Kill me now.

AngularJS unbundled their ngRoute package in the 1.2 series as people were writing interesting and more powerful alternatives. ui-router is by far the most popular and introduces some powerful, mind-altering concepts. In a nutshell, you think of your application not as URLs with requests and responses, but states in a state machines. Interacting with your web app changes the state, causing the UI to update.

Along for the ride you get a number of features that deeply change how you think about the design of your application: nested states and named views, in particular. It will take you several passes through writing your app before you achieve Zen (I am still on my way) but I can say that this is something new/fresh/clever/original.

But crap if they don’t start with declarative URL patterns as the specifier for routes and state changes. Dammit. However, they provide a completely imperative set of hooks to do whatever the damn well you please. I hijacked that and did traversal using ui-router.

I had an application where I could reasonably fetch a small amount of metadata for the entire application, enough to make my tree/graph. Some applications have 500,000 objects and this wouldn’t work. I’m not convinced that I can/can’t accomplish traversal with lazy loading.

Once the data comes in, you have to walk everything and assign an _parent reference and, for efficiency sake, assign a full resource path.

I have a URL pattern that matches every URL. Every time the URL changes, it pumps through my state change logic.

Get the context and view name from URL

I look at the URL and, using the traversal algorithm, convert:

Meaning, I use the URL to discern the path in the local object graph.

Based on that path, I get the context type. Oh, it is an ExpenseReport? That means I want the expensereport-delete state.

I then tell ui-router to transition to the expensereport-delete state, passing in the data we figured out (context, parents, etc.)

You have to handle default views as index, not found, errors, broadcasting an AngularJS custom event so directives can update themselves, etc.

How Well It Worked

I spent a lot of time on the Z-shaped Angular learning curve. I also didn’t realize the subtle Zen of ui-router. So it was painful getting things in place. But once in place…man, it’s a fun, object-oriented way to write Angular views.

I tried a science experiment to remove ui-router and implement traversal as my own Angular provider. The basics actually worked very quickly. It was all downhill after that. I’m not smart enough to write my own provider. Too many low-level promises to keep and optimizations to make.

Moreover, I know realize that there is another ui-router Zen out there that transcends URL. You still want some of the URL, so that bookmarks and emailing links work. But the composability of state changes is the next deep dive.

We in Pyramid/Zope have struggled to make people care about traversal. It’s like the SQL fight: they have already learned how to think square, so everything to them (including the web) is square. Same for routes. My data isn’t object oriented, so why should my URLs be?

Thus, I don’t plan to ever package this up and in fact, I don’t plan to use it. ui-router, nested states, and named views are the new direction, and AngularJS 2.0 will likely tread new territory, as does ui-router-extras and friends (future states, parallel states, etc.)

Agendaless Consulting is running a summer consulting special for the months of June, July, and August 2014.

Here's some examples of what you might use this special for:

Agendaless Consulting is the company behind the Pyramid web framework and the Supervisor process control system. We are Python experts, with many years of experience in web apps. We also have skill in Zope, JavaScript, and mobile phone applications. We have been in business since 2006. References are available upon request.

Contact us via email at chrism@agendaless.com to get some help.

PyCon 2014 in Montréal was a great conference! Check out the Agendaless PyCon 2014 talks:

Tres Seaver gave a talk, "By Your Bootstraps: Porting Your Application to Python3":

We had lots of good conversations with folks, both in the "hallway track" and at the Pyramid booth. Great job by the Montréal Pythoneers organizing and running such a terrific conference! And for those who didn't get one there, the "Hacker" T-shirt is available online: 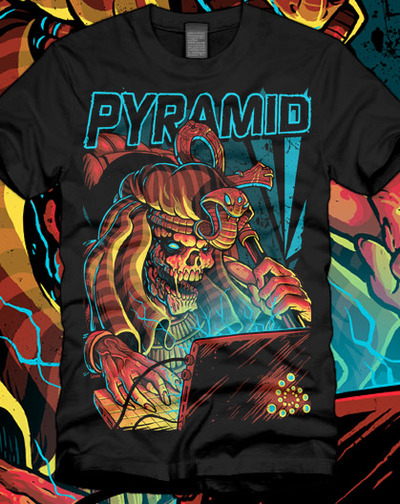 We are pleased to be offering a two day training session at the 2014 Plone Symposium Midwest this year. The two-day course will cover Pyramid development topics, aimed at Plone developers.

Chris and I have given our talks at PyTennesse 2014. Mine was a two-hour tutorial, "Pyramid Development in a Nutshell", which I cut down from Paul's Quick Pyramid Tutorial. (See my slides here; examples are on github)

Chris' talk was his "Substance D: Build Civilized Web Applications" talk. See a video of the same talk from the RuPy 2013 conference).

This screencast is the sixth in a series of short tutorials on installing SubstanceD and using it to build a simple intranet application. It starts from where Episode 5 leaves off.

This episode covers adding objects to a folder, and editing those objects' properties.

This screencast is the fifth in a series of short tutorials on installing SubstanceD and using it to build a simple intranet application. It starts from where Episode 4 leaves off.

This episode covers updating object properties, and undoing those changes..

This screencast is the fourth in a series of short tutorials on installing SubstanceD and using it to build a simple intranet application. It starts from where Episode 3 leaves off.

This episode provides a quick tour of the SubstanceD management interface (SDI), including navigating through the "tree" of objects in the database.

This screencast is the third in a series of short tutorials on installing SubstanceD and using it to build a simple intranet application. It starts from where Episode 2 leaves off.

This episode demonstrates starting the WSGI server in development mode, viewing the default splash page in the browser, and logging into the the SubstanceD admin interface.

This screencast is the second in a series of short tutorials on installing SubstanceD and using it to build a simple intranet application. It starts from where Episode 1 leaves off.

This episode demonstrates generating the initial version of the myintranet project, checking it into Git, and installing it and its added dependencies into the virtual environment.

SubstanceD Screencast #1: Setting Up the Environment

This screencast is the first in a series of short tutorials on installing SubstanceD and using it to build a simple intranet application.

This episode demonstrates creating a Python virtual environment and installing the SubstanceD software into it.

We're starting a series of short (3 - 5 minute) screencasts, demonstrating the SubstanceD application development platform. The series is built around the tasks needed to set up a simple intranet site.

For an overview of SubstanceD as a development platform, start with the talk given by Chris McDonough at the RuPy 2013 confernce: "SubstanceD: Building Civilized Web Applications".

Recently we held a 3-day-long Python sprint in Budapest before the RuPy conference. Here's what got done.

We're running this agendaless.com website on Substance D, the content framework for Pyramid that Chris came up with. We're dogfooding a lot of the good work done by Substance D folks, plus related work like Domen's Deform2.

It's also a testing ground for some of our own stuff. Tres has it acting as a WebDAV server, which is how he does his authoring. He did this as a Substance D add-on, which helps prove how well Pyramid's add-on system functions.

We were talking about logins and thinking about re-using the Twitter-OAuth-based login I did on my Substance D site for a local sports league. Instead, Tres looked at Mozilla Persona and whipped up support for that. I can now use a Google account and get transparent login when authoring blog posts here.

It's worked, well, just about perfectly.